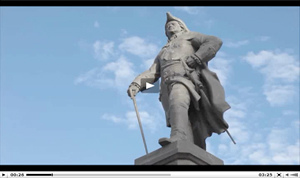 
Company Vozrozhdenie was founded in 1989 and has been actively engaged in the roadconstruction market of Saint Petersburg and Russia for 25 years already. The key focus area of the company is construction of roads andbridges, full-scale landscape construction using natural stone, all types oflandscape and planting work.

The companymakes enormous contributions to the restoration of the historical appearance of St. Petersburg. Over 25 years, the professionals of Vozrozhdenie have done reconstruction, paving and landscaping of the majority of the streets and landmark squares ofthe city centre.

Company Vozrozhdeniehas got a unique expertise in working with objects of cultural heritage andvaluable historic monuments. Peter-and-Paul Fortress is precisely this kind ofmonument, where a comprehensive reconstruction of the engineering equipment andlandscaping was done.

For the Group of Companies Vozrozhdenie, its name is not just a trade mark, but ahigh priority mission. Our slogan is "Preserving the past we create the future"!